A study of five representative Iowa counties shows that requiring simple buffer zones between crop fields and streams could get two-thirds of the way to the state’s goal for reducing phosphorus pollution and one-fifth of the way to the nitrogen pollution target, while affecting only a tiny proportion of landowners and a vanishingly small percentage of row-crop acreage. 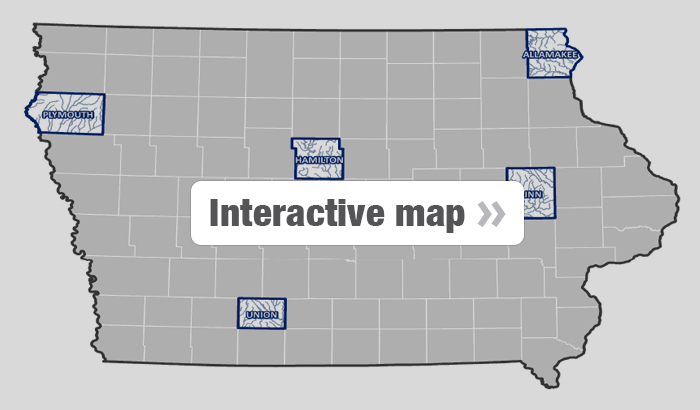 Enacting a streamside buffer standard would affect only a handful of landowners and an almost undetectable effect on land in row crop production.

To EWG, that sounds like very low hanging fruit. Planting narrow strips of grass between cropland and waterways doesn’t seem too much to ask of landowners to jump start cleaning up Iowa’s chronically dirty water.

If Iowa is serious about cleaning up its waterways, enacting a streamside buffer standard of at least 50 feet would be an excellent way to start. Counties could take the initiative even in the absence of state action. See for yourself what we found:

In the Midwest we pursue our mission by working to move agriculture in a more sustainable direction.